After Bank accounts, PAN , Income Tax , gas subsidy, Property, it’s time to link your social profile with Aadhaar. Facebook confirms that it is testing Aadhaar authentication for new users. Facebook even started asking new users to provide name as per “Aadhaar Card”. Facebook has started using the Aadhaar authentication to curb the fake accounts on its platform. Currently India is the second largest market Facebook after the US. There are 241 millions Indian users are on Facebook.

Aadhaar confirmation is sought by Facebook mobile site@m.facebook.com. A message appears on Join Facebook page above the Name field prompting users to provide name as Aadhaar card. “What’s your name? Using the name on your Aadhaar card makes it easier for friends to recognize you”.

Facebook has accepted the change and confirms the development. Facebook is just going through a test on small users group and not made mandatory for user to provide  Aadhaar details. 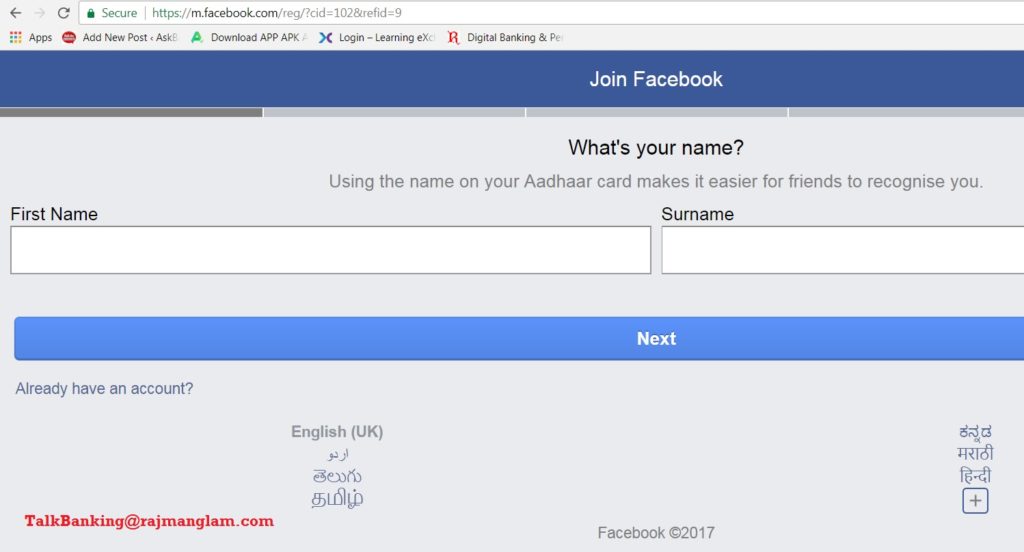 How To Get Finance For PGDBF Courses of Syndicate Bank ?

How To Claim For Multiple Health Policies ?