Reports from rating agency ICRA stated that Five Public Sector Bank’s Canara Bank, Punjab National Bank, Union Bank of India, Andhra Bank and Punjab & Sind bank may put under Prompt Corrective Action Plan (PCA) due to recall of Rs 157-bn AT-1 bonds. These five public sector banks as per Rating agency ICRA ,their net non-performing assets (NPAs) rose above 6 per cent in December 2017. As per the requirement of RBI to put under NPA minimum requirements of CAR or net NPAs rise above 6 per cent or the RoA is negative for two years.

AT-1 bonds are no maturity date bond but continue to pay the coupon forever. AT-1 issuer banks has the option to call back the bonds or repay the principal after a specified period of time. 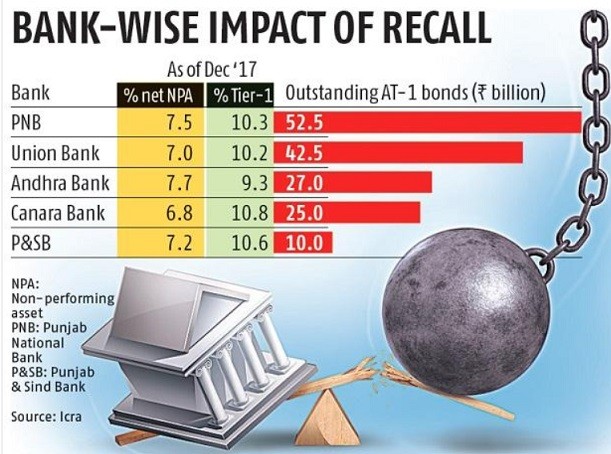 File Your Revised Income Tax Returns By 31st March or Be Prepared to Face Penalty or Prosecution.

How To Link LIC Policies with Aadhaar ?

How To Calculate 3 months Loan moratorium as per RBI Guidelines ?

How To Clear JAIIB Exam in First Attempt ?