0
I don”t know what to call it. Facebook founder Mark Zuckerberg fan page on Facebook has been hacked by some unknown hackers. 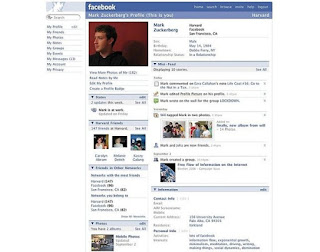 According to Message on Facebook”s Mark Fan Page Posted by hackers :
“Let the hacking begin: If Facebook needs money, instead of going to the banks, why doesn”t Facebook let its users invest in Facebook in a social way? Why not transform Facebook into a “social business” the way Nobel Prize winner Muhammad Yunus described it?
Mark Zuckerberg”s fan page has more than three million followers. Facebook confirmed that it had raised $1.5 billion from global investors at a valuation of around $50 billion.
We don”t know how the hack was perpetrated,” said Paul Ducklin, head of technology at internet security firm Sophos.
Now It”s You who will decide Whether Facebook is capable of securing your Data. If facebook couldn”t save their founder from hackers, what”s about the others. 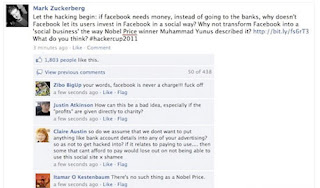 How To Solve Wordpress Categories and Tags Missing ?

How To Apply For Syndicate Bank Global Credit Card ?